I'm SOOOOOOOOOO behind posting anything fun or cool or clever or delicious here because I have been CRAZY busy with new client work and the whole work search deal.

But the stuff I'm working on is AWESOME. Music. Lots of music. And promoting music is NOT LOUSY. Not at all.

I'll stop cheering now. Can you tell who got a good night sleep?

So here are a bunch of wicked cool music festivals and shows I'm working on. Funk, Folk, Blues, Jazz. If you have ears, there's something you'll like, legit. And they are all under $40, some under $20. Sometimes for several bad ass musicians for hours of bad ass music.

I know, pinch me. 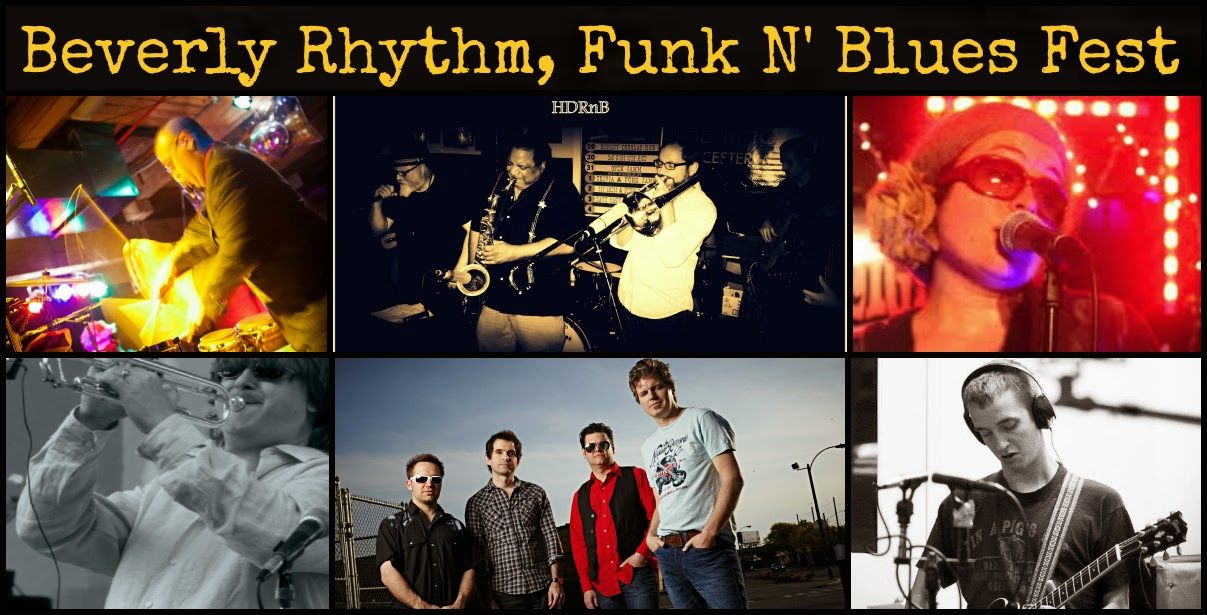 About the musicians:
Henley Douglas, master sax-man co-fronts HDRnB (Henley-Douglas Rhythm and Blues) with soulful vocalist Douglas Gimbel , an original R&B/soul/groove band that performs nationwide and always delivers the mega-funk.  This 6 piece ensemble blows the doors off any venue with sax and trombone, backed with some fine percussion and strings. Big sound and funky grooves that keep you dancing all night. That’s HDRnB. 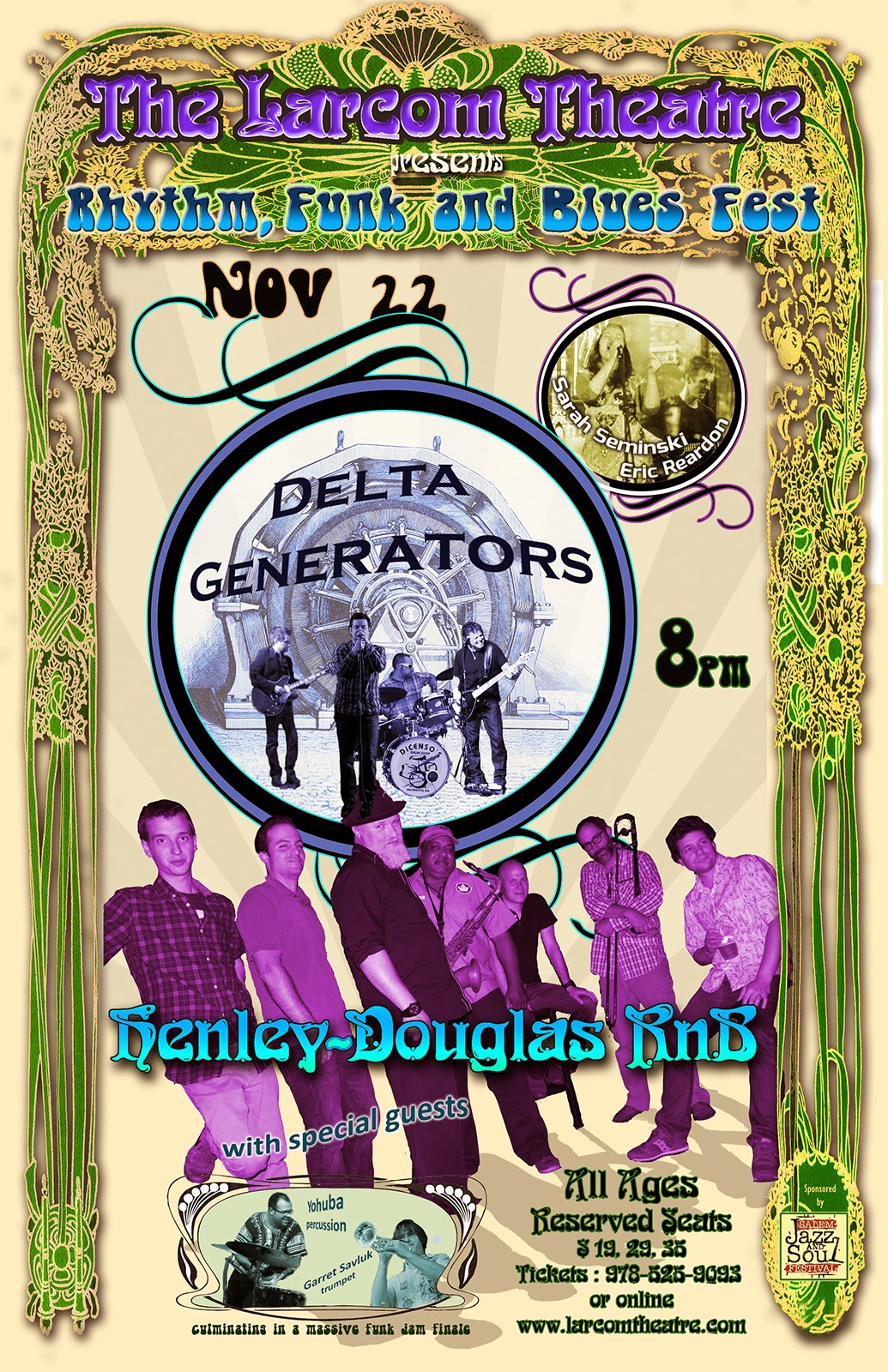 The Delta Generators are deeply rooted in Delta and North Mississippi blues. Their sound ranges from roots rock to slow blues, Americana to funky soul. “Get on the Horse” has already been nominated for 2014 Blues Album of the Year by the Independent Music Awards. “The Delta Generators provide…the big blast of fresh air the blues-and-roots scene in the Greater Boston metropolitan area has needed for years.” - Frank-John Hadley, DownBeat columnist

Puerto Rican conga king Yahuba Torres, known best for his talents in The Ryan Montbleau Band heats things up with some jammy Latin rhythms while Sarah "Lil Shrimp" Seminski of Boston based funk outfit Big Ol' Dirty Bucket, belts out some classic funk/Soul and modern Hip Hop/R&B with her powerful pipes. Garret Savluk of The Boston Horns, and formerly of Heavy Metal Horns, bands which he founded with Henley Douglas, Jr. brings his bad-action trumpet sound, rounding out what will definitely be a funk and blues festival that music lovers will be talking about well after the last tune is played.


The show will culminate with a stage jam of all the evening’s performers bringing together the biggest sound in funk, blues and soul you’ll hear this far north of the bayou. Tickets range from $19-$35 each in this intimate venue, so ordering ahead is advised. They definitely won’t last. 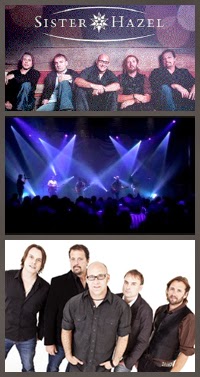 Flying Monkey Movie House and Performance Center
Plymouth, NH
Friday, December 5
Tickets and informationHear it yourselfOriginating from Gainesville, FL, Sister Hazel is comprised of five gifted, seasoned musicians whose well-spring of natural talent has been called “one of the Top 100 Most Influential Independent Performers of the last 15 years” by Performing Songwriter Magazine.
From a musical perspective, the band has always had the same approach to the creative process. The engine that drives them is based on the fundamental principles that attracted the attention of a major label, garnered hit singles on the radio and endeared them to a legion of avid fans: well-crafted, hook-infused songs complimented by solid instrumentation and lush harmony vocals.

He is one of the most award-winning musicians working today, with a Grammy for his performance on Blues Explosion (1985) and eight Grammy nominations, most recently for Album of the Year for his 2010 release Rough & Tough. At the 2011 Blues Music Awards, Hammond won “Acoustic Artist of the Year,” giving him a total of eight Blues Music Awards and another ten nominations. He has performed or recorded with rock and blues icons like Jimi Hendrix (who was discovered while playing in Hammond’s band), Eric Clapton, Muddy Waters, Howlin’ Wolf, Duane Allman, Mike Bloomfield, JJ Cale, Tom Waits, The Band, John Lee Hooker, Dr. John and many more. The word “legend” is overused on performers that come and go, but Mr. Hammond is gracefully entering into this stature at the height of a stellar career.

“John’s sound is so compelling, complete, symmetrical and soulful with just his voice, guitar and harmonica, it is at first impossible to imagine improving it… He’s a great force of nature. John sounds like a big train coming. He chops them all down.” – Tom Waits

In a musical life that spans close to three decades, Chuck Ragan has consistently worn his heart on his sleeve, and carved out a musical niche in the process. First with post-hardcore trailblazers Hot Water Music and subsequently on his own, he's built a large and singularly powerful body of work whose honesty, immediacy and warmth have won the loyalty of a fiercely devoted international fan base that's supported him through his various musical incarnations.

Posted by Jennifer Amero at 7:40 AM