Schooner Lannon and the Cape Ann Brewing Company (Gloucester's own microbrewery
and the makers of Fisherman's Brew, a Lannon favorite) are again joining forces on Tuesday night, June 24th.

Join us for a sunset schooner sail from 6:30-8:30 p.m. and enjoy three Cape Ann Brewing Company adult beverages, all at a reduced
price of $30/person. You must be 21 years of age or older to join us on this sail.

The regular price for an adult ticket, without beverages is $40, so this is a great deal. You can book online at
http://clicks.aweber.com/y/ct/?l=ECt5w&m=K1quA3SQx4hPqG&b=HWtnq0WIVzI9K3ioggVH9w. Or you can call us at
(978) 281-6634 to reserve your spots. This trip has always sold out quickly, so make your reservations today.

Read more about Cape Ann Brewing Co. at
http://clicks.aweber.com/y/ct/?l=ECt5w&m=K1quA3SQx4hPqG&b=q3Ic.DtkhZvBGyb51tSGUw. The Brew Pub will be open
for food and drinks after the sail and is just four doors away from the Lannon dock. 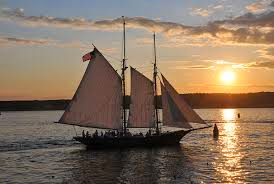 Posted by Jennifer Amero at 2:20 PM No comments: Links to this post 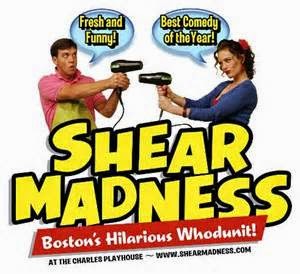 Be jealous. Be very jealous. My sweets and I scored press passes to Shear Madness at the Charles Playhouse.  (This venue is also home to Blue Man Group). Every now'n again PR pros, chefs, owners and promoters shoot me tix and grub to write up shows and meals so all of you can know where the cool stuff is happening. Other times, most of the time, I just write because I'm super excited about the cool stuff and I feel you should be, too.

I haven't seen Shear Madness since I was in college. I remember the interactive whodunit set in a fabulous salon as riotously funny. I can't wait to  see how the show has changed. Also, we get to hang with the cast afterward for beverages. I am hoping that they are as much fun off stage as they are on. I don't think this is a long shot. OF COURSE, there'll be a review and no, you can't come with me.

Here's what you CAN do on the north shore and beyond while I'm whooping it up at the cast after party. I suggest you bring your father. It's kind of a big weekend for the old guy, after all:

My dad loves music, doesn't craft and doesn't run. If I were home we would probably do the reggae cruise. I suspect he will probably just go to Good Harbor Beach instead. 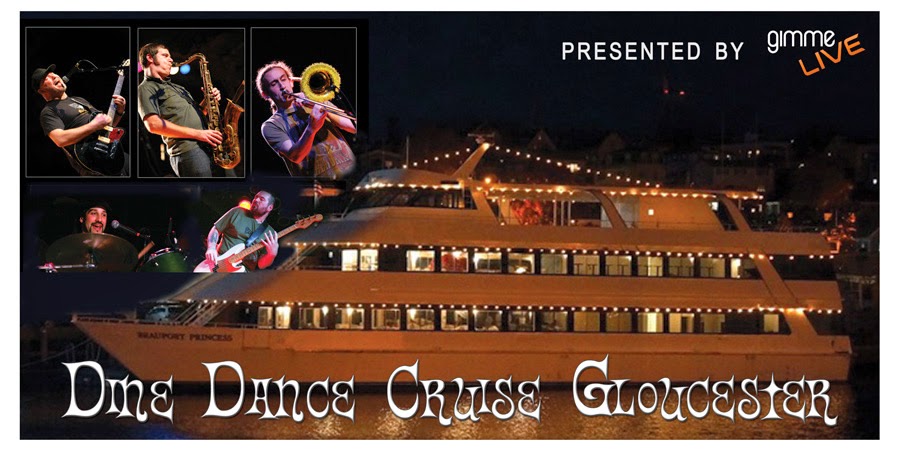 Dance, dine and cruise historic Gloucester Harbor with international Reggae and Ska Pioneers, THE TOASTERS and a very special reunion of local favorite, MILE 21! Your ticket includes this special appearance of The Toasters on their 2014 world tour PLUS a Gloucester Harbor Cruise and Party Buffet featuring Seaport Grille's world famous Lobster Rolls! For tickets and more information click: www.gimmesound.com 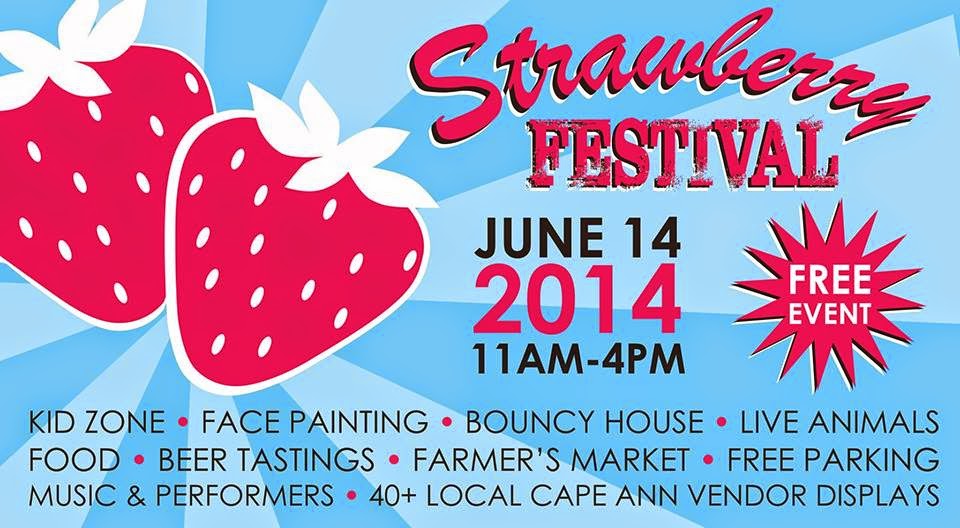 Entry Fees Ages 14 + 13 & Under
Pre Race: $24 $14
Day Of Race: $28 $19
This is one of the most beautiful race courses in the United States. You will run along the Rockport’s rocky shore past three lighthouses, several islands and Rockport Harbor, with its world famous Motif #1. Most runners don neckties in honor of dad. It's a beautiful course, a fun family event and quite a sight to see. Register

Remember when we used to just drink beer and nobody felt like we had to run from zombies or through paint or to scale walls and wade through foam pits? Well, those days are over. Now,in addition to catching a buzz, everybody's running 5Ks and supporting causes, then drinking beer, better beer, craft beer. We've matured. The nice thing about the race scene is that often they are activities we can do with our kids, and our young for their age parents (my dad still kicks my *ss weekly on the tennis court. He's 63). Also, nobody judges the mommies and runts in the beer tent if Mommy is covered in mud and blood and zombie face paint. She's earned it. Plus, the beer tastes sweeter for the effort. Here's a fun 5K you can do with or without dad and it's on beautiful Spectacle Island: 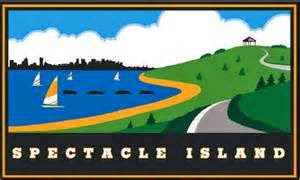 And so maybe you don't want to run, you can stroll, unless of course, somebody opens the alligator cage, then I suggest you run.

Dads are free at the zoo

Or maybe you want to cruise, that's an option, too.


Bring both your dads, and take the "T".

More information and details for Boston Pride’s 2014 Pride Week can be found at www.bostonpride.org.

Because I aim to please all of my readers, I offer you a sit-down activity you can also do with dad or dads. Also, you'll be watching a movie about candy, so that's the total opposite of running or climbing. I'd pick this one. It's the weekend, after all. 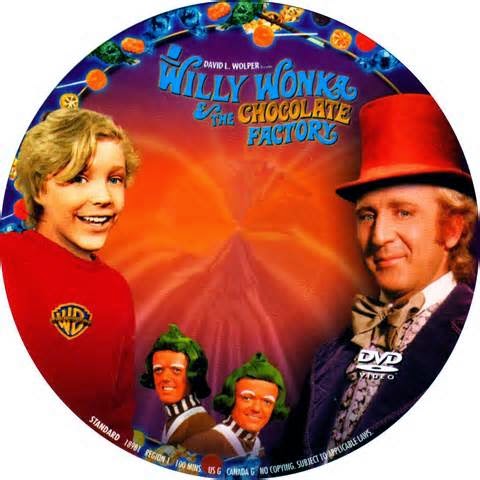 Summer in the City kicks off for the 2014 season this Thursday with Blues Barge featuring Jeff Pitchell. Friday night, catch Willy Wonka and the Chocolate Factory. This year's line up of tunes and flicks is definitely worth checking out. Schedule Here.
70 Rowes Wharf | Boston, MA | 02110 | (617) 856-7744 | www.bhh.com


And finally, sitting with less driving, and a show with no food. You can't have it all. That wouldn't be fair. Our NSMT puts on fantabulous performances very close to home, and every year the show lineup gets better. I haven't seen this one yet, but I often visit and review their musicals and I am always delighted. If you want to see a real review I wrote, click the link to: Tap Dancing Drag Queens. Otherwise, keep reading, there's more.

North Shore Music Theatre
62 Dunham Road, Beverly
www.NSMT.org
All aboard for a saucy and splendid production of one of the greatest musicals in theater history, Cole Porter's first-class musical comedy, ANYTHING GOES! Romance is in the air on the ocean liner SS American - but it's far from smooth sailing for the passengers. Will love prevail for a charismatic nightclub singer, a beautiful debutante, her snooty aristocrat fiancé and a stowaway in disguise? Its nonstop laughs and hijinks on the high seas in this show packed with spectacular dance numbers and many unforgettable Cole Porter songs.

Ok so you now have PLENTY of ideas of cool things to do with pops. You have ZERO excuses for buying him a new necktie or an argyle vest, unless, of course, he asked for them, in which case you probably SHOULD get him on the reggae cruise, cuz that's lame.


Posted by Jennifer Amero at 7:18 AM No comments: Links to this post