Chillin' With Some Brewers- Luke from Baxter at Phat Cats

Luke from Baxter Brewing has an awful lot on his plate.  Breaking ground on a new brewery, meeting a consistently sold out demand for his fine contribution to the beer world, selling his house in Lewiston to move closer to the Auburn, ME brewery and still making time to make it down for the monthly Beer Club meeting at Phat Cats in Amesbury, MA is no small feat. And no small commute.

But I suppose that's a big part of what's brought the brewery so far - ambition.  Today's Boston Globe has a milestone update, marking just how ambitious Luke and his crew really are:

LEWISTON, Maine (AP) — A Maine brewery is planning an expansion that will quadruple its capacity over time.
Baxter Brewing Co. said Monday its brewery in Lewiston will grow from 8,000 barrels to more than 33,000 barrels by the time the expansion is complete.
Company founder and president Luke Livingston says demand has exceeded supply since his small, craft-beer brewery began distributing its beers in early 2011.
Baxter says he’s also upgrading his canning line and searching for additional off-site warehouse space.
Livingston says the expansion will result in an additional 15 to 20 brewery jobs in the next 18 months, as well as construction jobs for the brewery expansion.
Between pouring samples and talking shop, enjoying some of the delicous dishes at this hip little spot, I got a chance to chat with Luke about what makes those cans of craft (they only ever use cans) so hot. 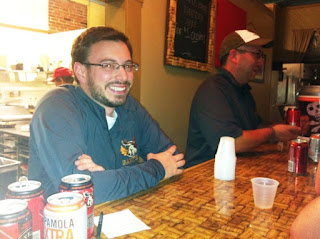 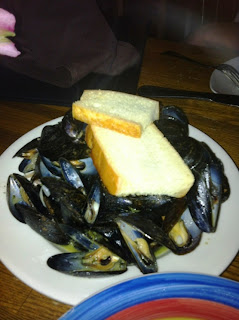 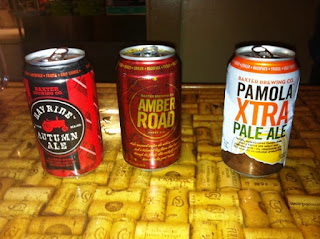 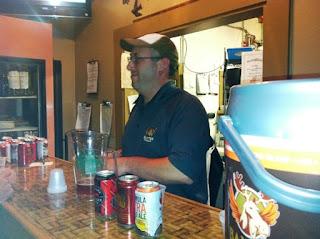 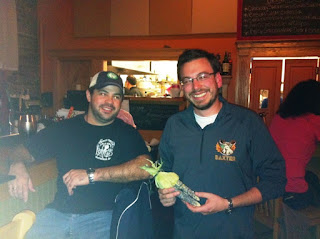 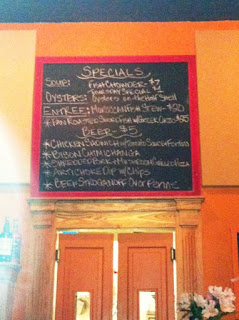 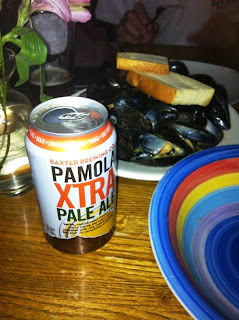 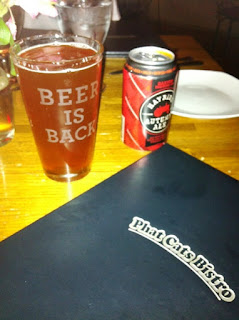 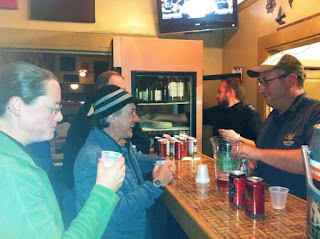 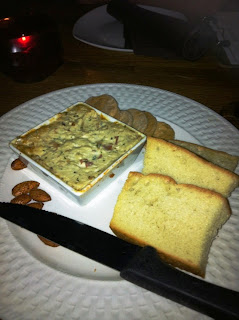 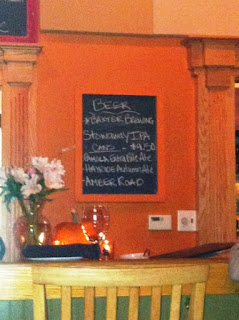 Well for one thing, the beer is good, really, really good.  The Stowaway IPA is my personal favorite, though the Hayride seasonal is a great choice for pairing up with sushi, IMHO, light but gingery, with a nice bite.  As a non-saki drinker, I'd be stoked to see this on a drink menu at my favorite sushi bar.
The can preserves the beer.  Light is the biggest enemy of brew, altering the chemistry and causing that ugly "skunkiness" that we've all experienced, more so in lighter green bottle beers than darker vessels.  This is precisely the reason I ONLY drink Heineken when we make our pilgrimage to Saint Maarten.  It's brewed there, drank fast and cold, and escapes green bottled beer's ultimate plight.
But we are talking about Baxter and not Heineken, Amesbury and not Philibsburg.  There, I'll admit it, I;'m a Stream of Consciousness blogger (a lit geek's way of saying I have ADD while still comparing myself to Toni Morrison).
Cans are also good for the planet.  Americans are 40% more likely to recycle cans than bottles.  And they are more portable, so traveling craft beer drinkers can stuff them in their Kelty backpacks with an ice pack and enjoy them once they've summitted. And it'll taste that much better for having earned it.
Which brings me back to a conclusion I come to every time I meet with beer geeks or read beer news.  Craft brewing is a microcosm of the localvore foodie movement and a solid study of where the culture of eating and drinking is "going". The making of beer at the craft level, is a marriage of quality, integrity, community, taste, history and environment. From farm sourced ingredients to seasonal spices to the patience it requires to make it happen, to the growth of local jobs and the revenue that a new brewery brings into the (often) small towns that host them,  craft is a good thing for our country. And yummy, very yummy.

Posted by Jennifer Amero at 1:08 PM