Craft beer - a celebration of our love of local and homemade 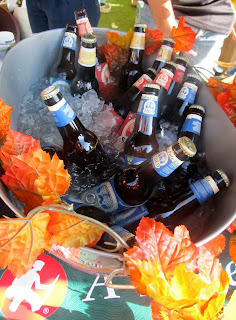 Craft Beer - a celebration of our love of local and homemade

My friend Kelly Fleming Larosa has the coolest job ever.  She is the Director of Craft Beer for Merrimack Valley Distributing, meaning she is the supreme goddess of all things hoppy for the specialty arm of this local beer and booze purveyor.

And with the craft trend blowing up as it is, the absolute epitome of the new American focus on things natural, neighborhoody and handmade, she's in a pretty secure market.  I looked to the Brewers Association website www.brewersassociation.org  for some beer geek factoids worth sharing (to make this more, you know, academic) 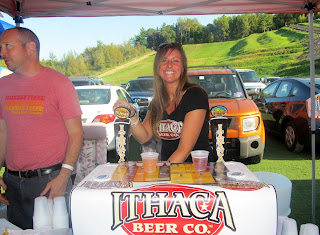 Craft brewers currently provide an estimated 103,585 jobs in the U.S., including serving staff in brewpubs. 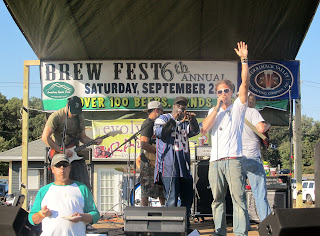 Pretty noteworthy, considering that craft beer, like anything made with love and natural ingredients, in small production and BY HAND, can be pretty expensive.  It's also worth mentioning that although the economy IS improving, discretionary dollars are still damn tight and the expansion of craft beer means that people are buying it in restaurants and in liquor stores, meaning higher ticket prices and better tips.  Just one more example of how GOOD beer is for everyone. 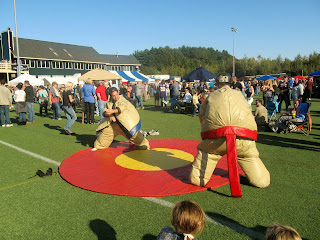 One of the coolest things about being Kelly Larosa is putting on beer events.  Beer dinners and tastings are trumping the wine dinner scene over and over and it's not unusual for the pairing recommendations on a restaurant's menu to now include both wine AND beer.  I'd say it's a "his and hers" phenomenon, but the truth is, chicks drink craft.  There are even women-specific craft beer drinking and discussion groups, like MAPintGirlsNightOut, for example.  Hit them up on twitter. I guess we don't have to pretend we are going to book club anymore to get out on a weeknight for drinks with the ladies, because beer is now it's own reason to have a club. 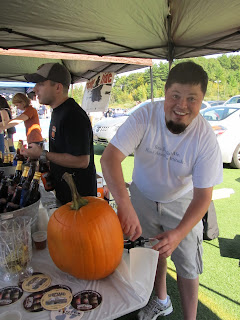 Kelly is an educator and a fireball of an influencer.  She knows her beer and she knows how to get people interested in what she's into - and she's a successful Craftwallah as a result.  I attended her 6th BrewFest this weekend at the Amesbury Sports Park on Saturday, an event that she manages to double on an  annual basis.  This year's event had 175 different kinds of beer from the big dogs at Sam Adams some newcomers like Slumbrew and Blue Hills, and some old boys reinvented - like Henry Weinhard's and Narragansett.  The displays were first class, vivid and fun, complete with Oktoberfest hats and some atypical Okoberfest tarts (the pictures will explain).  And the verdant background of the manicured fields and tubing hill made for gorgeous photos.


The samples, all 175 kinds of them were all over the rainbow for flavor, style, history, infusion, production and flat out creativity.  I drank pumpkin beer out of a pumpkin, drank beer made in a rum barrel (like honey velvet nectar) and even managed to find a Gansett (retro is hip and very American).
Samples were only $1 a piece and the tickets were $12. Games like Sumo Wrestling (complete with blow up suits) and cornhole (the old fashion bbq game) kept the crowd flowing as vendors sold everything from photographs to henna tattoos. The sun was toasty for September and the soccer turf which typically hosts the north shore's lacrosse, soccer and rugby youth elite was a great place to chill, sip, snack and listen to a fantastic mix of grassrootsy jam bands, local funk and old school rock and roll brought in by Michael Bernier at Evolvement Radio.  I found the pulled pork sandwich paired nicely with the Slumdog Happy Sol, but I think anything would have worked with this personal fave. 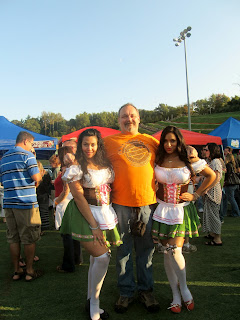 It was truly a celebration of beer, and of local goodness and of squeezing one more day out of summer, and one more opportunity to enjoy ice cold brew in the sunshine, before the park returns to being a snow tubing place, and selling more apres ski hot toddies than IPA.  I'm in no hurry for that myself.  I'd prefer a cold beer that tastes like a hot totty. Thank goodness Innis and Gunn has that covered.  Mmmmmm Spiced Rum Ale...
Posted by Jennifer Amero at 9:54 AM